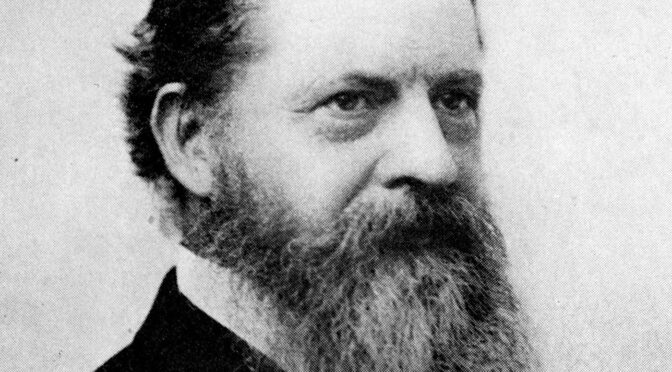 This post is an answer I gave to the above question in Quora on July 3, 2018. Every once in a while Quora sends me an email if someone upvotes an answer. I use an outline of a philosophy paper I read in a college philosophy class by C. S. Peirce. ( image )

One must study the contemporary world not so much to learn about it but to be transformed by the process of studying. To study the air is to know what pollutants one breathes, and a motivation to find a better atmosphere.

We’ve heard much about politically vicious bubbles, and how listening only to what one already believes is unhelpful. Listening to angry screeds by extremists doesn’t move us toward the truth. There may be truth somewhere in their rant, but without a broader apprehension of reality and opinion, it is difficult to fix one’s focus. Some retreat into the fear of learning for safety. But that is a mistaken move. Fear is as bad ground for truth as unwavering belief in one’s own opinion. Both modes of fixing belief come from immature expectations of an absolute.

To follow this line of thinking, let me introduce you to C. S. Peirce, a 19th century thinker who outlined modes of fixing belief. The first mode, and easily the most vulnerable one is that of trust in your own opinions. He suggests that for the reasonable person, one will give up that trust when a person one considers an equal has another opinion, one begins to question the veracity of one’s own. A sick person can’t make the move to doubt and resolution. They can’t be considered reasonable if they will not abandon a bad opinion when they see a better one.

The second method of fixing belief is by means of an authority one trusts. Whether this is a political party, a religious group, or a variety of philosophical or social theory doesn’t matter. So we see a person under this mode of fixing belief appeal to some leadership, religion, or political party. This may be an advance on self certification but that depends on the authority. And there is always the risk that the authority is acting out of self interest, and may be setting you up for failure.

The third mode of fixing belief is that of the a-priori or principle. This is clearly an advance, and it requires a logical yet flexible mind. The greatest ethical systems of history have required this sort of thinking for fixing one’s belief. Take for example the Golden Rule, “Do as you would be done by.” Formulated in a variety of ways both negative and positive by many cultures and leaders, the Golden Rule doesn’t actually tell you what you should do, but it does give you a guideline for making a rational choice. The first question is, “If I were in that person’s (or group, or nation’s) place, how would I want to be treated?” So, “do not judge a person ’till you’ve walked a mile in their shoes” helps to work out what our attitude should be. So one can’t guide oneself by a strict policy on this reading. One must actually choose each time. Obviously, when one gains enough experience, they will not need to think about it each time, certain salient principles and justifications will emerge as one goes along. But without the impetus of the Golden Rule, the principles couldn’t have emerged.

As you might see, not all problems can be solved by the Golden Rule, and technical truths fall outside its scope, so, one must use a variety of general principles to navigate the waters of life. But it is complicated! One has to use one’s reason to ferret out many answers that might be easier to solve with an authority. But the advantage is that one is not bound by the authority or their own delusion in carrying out their reasoning. With practice one can detect errors of logic, errors of culture, and errors of authority. But if one is looking for closure, there are many traps in this mode. Belief that one has the answer is a temptation, because it took so much effort to arrive at.

The fourth and final mode Peirce recommends, and a mode that offers the best chance of getting it right is that of science. But this is not a simple science based on physics. And it requires the most work. This science is a method of proceeding that includes much of the a-priori and the efforts of one’s predecessors. It is an attitude that asks questions and takes probabilities as sufficient answers. It is not a search for absolutes, but an inquiry into reality. It proposes an answer then tests it, and isn’t satisfied until the best explanation turns up. It takes the experience of others, their theories and principles, and launches out on a sea of unknowns that are known to be unknown. It can answer both ethical questions and physical questions. It can answer what one should do for one’s family, nation, and culture without demanding that its answers are universal.

So my answer to your question is more an encouragement to study. Everything and anything you study informs your understanding of the contemporary world. But don’t be ready to come up with absolutes. Still there are signposts that one should attend to. Don’t study just to affirm your own notions. Study to discover. And truth should be the aim of discovery. If you don’t care about truth, then you would fall in line with a broad swath of modern culture that thinks it doesn’t matter how you get to your goal, that the ends justify the means. People like that you don’t want any where near you even though you should understand why their bad faith is unjustified.

This site uses Akismet to reduce spam. Learn how your comment data is processed.

i take the title poetically from the movie